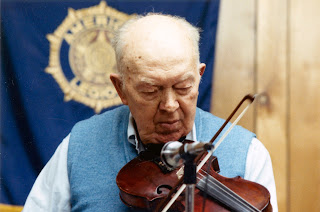 This is the kind of historical work that has a hard time paying for itself. Two years ago I was awarded a grant to cover the costs of the Minnesota Fiddle tunes CD.  The energy and enthusiasm that that project created has brought us to this point.  In order to get to the next level we need another infusion of funds, and what better way to do it than on this grassroots level! Thank you for helping us preserve and spread this great Upper Midwest fiddle music that has been tucked away in attics for so long.
Posted by clawhammer mike at 9:53 AM